The most important part of your videos

That might sound strange coming from a guy that owns a video production company but I really do believe it. I actually thought the total opposite a few years ago until a “sound guy” broke it down for me. People enjoy audio by itself all the time (i.e. the radio) but very rarely do they watch anything without any sound. There are obviously exceptions to the rule, but for the most part its true.

I’d even go so far to say that bad audio can absolutely RUIN a good video. Think about it. If you were watching a YouTube video with audio that was over modulated, had a hiss int he background or sounded really hollow, you’d be left with nothing but the clips. It better be really interesting for me to keep watching. On the flip side, if you were to watch a video that had out of focus, fuzzy video, but sounded great,  you just might also keep it running in the background so you could listen.

Your content is all over the place any very few people are sitting down to watch it front to back. In other words, they aren’t “glued” to anything anymore. While they’re watching TV, they’re playing on their phone. While they’re at work, they’ve got a webinar playing in the background. Get the point?

This obviously doesn’t mean that you should stop caring about the quality of your video. What it does mean is that you absolutely, positively need to put more emphasis on how your videos sound. 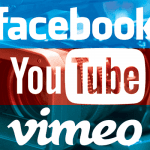 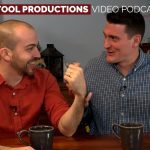