Turning a webinar into a news show

If you’ve ever logged onto a webinar, I feel your pain. There’s really nothing worse than listening to a voice on a speakerphone talk through 100 slides in a PowerPoint presentation. You’re probably barely paying attention to it while it plays in the background. It’s these reasons why brands are looking to up their game when it comes to releasing reports, data, and training content.

We recently had a client approach us with the idea of turning their webinar into a news show. And not just the nightly news, we decided this should be blanketed the same way as a presidential election. No biggie, right?

Most brands like to promote their events the same way. tweet about it a few times and send an email to subscribers ion “their list.” We wanted to try something a little different. To help tease the event, we created a short promo. That promo could also be used as the intro of the show itself. This was used primarily in pre-roll ads on Youtube and on other social channels.

To feel like the news, it had to look like it was filmed in a newsroom. We were lucky as the client has an incredible space that was available to use with large glazed, glass windows as well as exposed brick walls. We brought in a pair of TV monitors on rolling stands, a truss desk as well as several lights to add a splash of color. In addition to the main studio, we also wanted to have live cut ins from an update reporter with the latest data. We leveraged a newly painted and re-branded conference room as the central location for our reporter. Here’s a look at the office before and after we set it up. 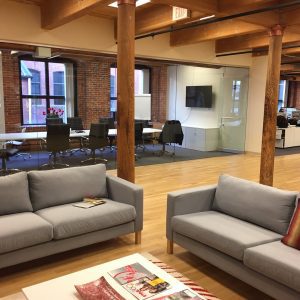 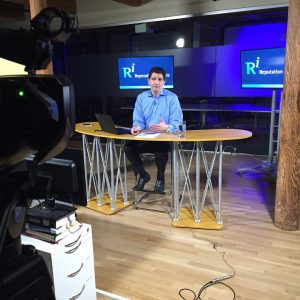 When it comes to a webinar, the important thing is the experience to the end user. We saw several comments in the live chat from people loving the format. They felt as if it were a real launch and something different than the “norm”. For that reason alone, we deemed this one a success. 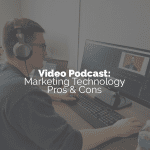 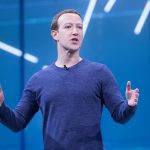 What you can learn from Facebook’s apology adsContent Marketing, General