If you’ve ever been to a marketing conference, you’ve heard the question – how often should you post on Facebook?  A recent post from Buffer got our wheels turning on this topic once again, and we decided it was worth sitting down for a podcast to talk it through.

The question of how often should you post on Facebook seems simple enough, but in reality it’s a lot more complicated than it might look.  Buffer partnered with BuzzSumo to do a deep dive into some of the biggest brand pages on Facebook to address new trends, and one of the things that stuck out most to us was the high frequency at which big brands are posting.   As Brian Peters writes on Buffer, “In Q2 2018, the top 20,000 Facebook pages were publishing an average of 135 posts per month, which amounts to just over four per day.”

That’s a lot of posts!  More importantly, it’s probably more posts than you’re prepared to churn out from your brand page.  In this podcast we dive into this topic in more detail.  We talk about when a high volume of content is too much, and why you need a content factory to feed your social media marketing machine.

Phil: Organic reach may be our favorite topic here at 5 Tool Productions. I feel like we’re obsessed.

Tyler: I was going to say, everybody always seems to ask how often should I post? Well, we always say well you know, try to get something up every day but some of the numbers from a recent study are kind of staggering, so we wanted to kind of read and react to some of those numbers in a sense. So really kind of start to frame it out, there was an interesting study by Buffer in collaboration with BuzzSumo which is a social listening tool and they basically went out and said okay, let’s take a look at how often people are posting. When I say people I mean brands, how often are they posting? How far is their reach going and why isn’t it going further basically?

Phil: About the optimal number of times per day to post?

Tyler: Basically post … I can’t say the exact number of brands they actually researched, but they basically, basically the top performers all have one thing in common. They were basically posting five times per day.

Tyler: Now obviously this has media brands and brand publishers in play, but the ones that saw the best engagement were the ones that were publishing five times a day. This is just Facebook alone, not Instagram, not Pinterest, nothing.

Phil: So this goes back to something that we talk about a lot and we talk about it with clients a lot, we talk about it with each other a lot, but it’s the need in 2018 and beyond to really feed your marketing machine with a super high volume of content. And we’ll talk about the quality being important as well based on the competition that you’re experiencing, but first and foremost, the pure volume that’s necessary here. If you’re a social media marketer, you look at that five posts a day, how am I supposed to fill that?

Tyler: How do you actually get five posts a day, especially sometimes it’s easier when you’re maybe a lighthearted brand that is, you know, we talked about Bar Stool Sports. Well, they’re just talking about some of the funny videos from that day. That’s easy for them to do something like that. If you’re a business-to-business company, how do you come up with five pieces of content a day?

Phil: A little more boring in your own mind, yeah.

Tyler: Exactly. Think about that times 30. How do you do that?

Phil: And to that point, if you are more of a B to B focused company and you’re not a news organization, I think about the pages like Now This, those types, you know, Huffington Post, Buzzfeed, these types of pages that live on social videos …

Phil: And that was just from the top. I don’t know the exact numbers, that was from apples to apples …

Tyler: Yeah, the top brand publishers on Facebook. Here are the ones that are doing it the most. They basically have scaled up about 20,000 more posts per day, per day mind you.

Phil: Right, and that coincides, that Q2 2018 coincides with when people were starting to react to the algorithm changes on Facebook that got announced, and that’s another part of this too. More posting put organic reach way down across the board, across all categories organic reach way down, continues to go down and there are a lot of reasons for it, yeah.

Phil: Yeah. And why captions overlaid on your social videos, your videos made for Facebook is really important …

Phil: … because it helps with that scroll, stop mentality so people can …

Phil: … listen to your video without the sound on, right?

Phil: So the interesting paradox here is that people are posting more and that’s one of the reasons organic reach is so far down. So in order to combat organic reach being down, people are posting more and trying to get it in front of more people and trying to create more content for niche audiences to get people to share it because that’s what’s driving the algorithm more. If we could all just come together and say, “Everyone in the world, let’s only post once a day,” the amount of competition would be lower, right?

Phil: That’s not going to happen.

Tyler: No, that’s not going to happen, so going back to how do you combat this as a brand that, let’s say you’re a small company that it’s only a couple years in, how do you combat that? How do you cut through the clutter? And one of the ways that we talk about all the time is quality. So it’s not just about having more, the way to kind of cut through a lot is to be recognized as a brand that creates great stuff as well, right?

Phil: Yeah, and I think that goes to the algorithm change, which is really focused now on quality content and the way that it’s measured is quality is if people are sharing it person-to-person. Meaningful social interaction, something along those lines is what Facebook has called out is what’s driving the algorithm now.

Phil: So you have to create things that your audience cares enough about to react to, to comment on, to share with a friend, to share in Messenger, those kinds of things are measured as well. And if you’re creating things that people really want to share with their friends and comment on and engage on in a meaningful way, that’s the kind of thing that’s going to drive it more, and that means not creating junk. It doesn’t mean creating five posts a day for the sake of doing it, it means creating a high volume of quality.

Tyler: That says okay, I posted once, I posted twice, I posted three times, four times, five times. Okay, I met my quota. That’s not the way you should approach it, right, just to get to five. No. If it means posting one really great post than five crap posts, absolutely, so the one post that’s really great, right?

Tyler: And the other thing, kind of piece of this, of the puzzle, which is something again we’ve talked about in the past is the idea of ads and the pay to play scenario that’s going on, especially on Facebook. I mean, we’ve seen this time and time again. You know, Facebook basically I’ve heard the term cut the air off, right, to organic reach, and that’s really the way it feels right now. So some brands are in fact going ahead and saying we’re going to go and post 20 times a day. Others are saying nope, we realize we have to pay to play in order to get our stuff seen, to get our message out there.

Phil: I would say that if you’re a brand that’s posting 20 times a day, you’re probably also investing …

Tyler: I don’t doubt it.

Phil: … pretty significantly in ads. I think every single brand publisher large or small should be investing in ads as some level, whether that’s $10 to boost a post or, you know, multi-tens of thousands of dollars advertising strategy, you know, if you’re a kind of brand page with millions and you know, hundreds of millions of followers, obviously there’s a spectrum here, but every single brand, if you care about getting your content seen on Facebook at this point needs to be investing in advertising to some degree.

Tyler: Well, that’s the thing, if you want it to be seen, some people say I’ve heard you know, Neil Patel’s a great guy when it comes to social, when it comes to SEO and blogging and content marketing as a whole, and one of the things I’ve heard him talk about in the past is, you know, why would you spend money on Facebook dollars if it doesn’t really tie to a direct kind of return on investment?

Tyler: Which that is a completely great argument, but if I’m also saying well, my focus right now from a content perspective, from a branding perspective, is really that very, very top of the funnel where people have no idea who I am, yes, I can go out there and I can spend some money on a TV ad, but guess what? That spend on that TV ad isn’t going to be nearly, it’s going to be a lot more than what it’s going to be on Facebook. So I can do it for a lot less and reach probably a better audience for my people, my product I would say.

Phil: I was going to say, the targeting options on Facebook play into this as well and that’s a really big part of it. And I think what you touched on is really important, you probably shouldn’t be spending money on Facebook until you have a clear strategy. You know, obviously the default now for everyone is to have a Facebook page, have a Twitter account.

Phil: Sure, yes, do that, but step two after you set up your Facebook page or your Twitter account needs to be why are we here? What’s our goal of being here? Who are we trying to talk to? So your content strategy and your content marketing strategy needs to come as close to the beginning of your social presence being launched as humanly possible.

Tyler: Yup. It’s just crazy. So to kind of wrap it up I want to just point out one more thing one more time. Five times a day top publishers are posting on Facebook. Insane.

Phil: It’s absolutely insane and it should make you want to create more. There’s a lot of ways to do that.

Tyler: You’ve heard it before, I’ll say it again, create more and create better. All right, he’s Phil, I’m Tyler. Thank you all so much for tuning in. We’ll see you next time. 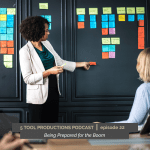 Being Prepared for the BoomPodcasts 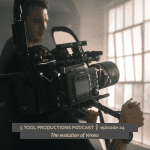 From Distribution to Creation – The Evolution of VimeoPodcasts