Regardless of where you’re located, who you voted for, or where you placed your “I voted” sticker, there was one clear cut winner when it came to the midterm elections – live streamed video. Throughout the course of the day we saw major networks and local TV stations go live for their own coverage. There was also an impressive display by candidates, referendum supporters and opponents, and other various political groups reaching out to voters in real time.  While its nearly impossible to see the full reach of live content on the local level, we wanted to explore the numbers and strategies of some of the big players.

There’s no surprise the major networks saw huge numbers when it came to their live feeds. Many simply mirrored their regular broadcast but some tailored their coverage specifically for the live channels.

While the strategy on YouTube was clearly to get folks to tune in for the long haul, it was a much different story on Facebook.

BALANCE OF POWER: Which party will control House & Senate?

If you notice from the data above, there is one major news outlet missing. CNN elected not to stream on any of the major social platforms. Instead, they were enticing viewers to watch via the CNN Go App. For the night, the network dropped the requirement to log in using your cable provider.

As I mentioned before, the networks were really just the tip of the iceberg when it came to live streaming and its was clear to see that it was a huge part in the digital strategy of many politicians and political groups. While we do not have any hard numbers on those types of videos, we have to wonder what kind of last minute impact they had on potential voters. 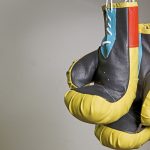