When you should and shouldn’t use a drone

If you’ve followed our Instagram account (If you’re not, you definitely should.) you’d know that we love to use our drone. We’ve used it in beauty shots, in real estate videos and sometimes even indoors. Most of the time, the aerial footage a drone can get is the perfect way to wow your audience.

Just look at this simple tracking shot we took this past fall while gathering some test footage:

We could spend a few days going through the do’s and don’ts of when to use a drone, but this post isn’t meant to be a Part 107 study guide. Instead, we wanted to break down some of the ways a drone can enhance and hurt your story.

In a nut shell, a drone can get some killer shots but you should always focus on the story at hand. Just because you have one, doesn’t mean you need to use it every time.

Just to wrap it up, here is one of our favorite clips from up above. 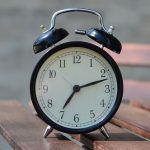 How long should your videos be?Content Marketing, Video Production 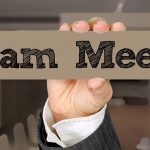