We’ve devoted a lot of time to discussing the use of live video on Facebook, and for good reason.  Facebook has prioritized live video as a massive part of its platform, and devoted an incredible amount of time and money to making it happen.  But over the last month, Facebook’s biggest social counterpart has thrown its hat in the ring as king of live social video.

Earlier this month, Twitter CEO Jack Dorsey announced a slew of new partnerships focused on the live video realm.  The reasons why are clear and well-documented.  Video will make up 80% of all IP traffic by 2020, mobile proliferation and data usage grows, and users and advertisers alike have a thirst for more video.  But how will Twitter differentiate itself, and will it be successful in carving out a bigger piece of the live video pie?

A large portion of Twitter’s renewed interest in live video centers around partnerships with big brands.  Dorsey’s announcement included deals with Buzzfeed, Vox, Major League Baseball, and Live Nation, among others.  You can see the different verticals lined up neatly there – pop culture, tech, sports, and music.

A screenshot of Twitter’s live streaming NFL product in 2016.

Shortly after this announcement, Twitter also released details of a tweaked agreement with the NFL centered around live, regular studio-shows.  Notably lacking from this deal is a renewal of live streaming games – a right which Amazon reportedly won for $5o million.  Similarly, the deal with MLB is for a weekly, three-hour studio show including live look-ins.

The focus here is not just on live video, but on high quality live content.  And in the case of the NFL deal, lots of it.  But is it the content that consumers want?

Live Video for the Masses

While big brands are clearly a priority to lead the way for twitter, the everyday marketer isn’t being left out.  In March, Twitter announced Periscope Producer API.  This allows people using external hardware and software to stream live video directly to Twitter.

This is a huge step forward in terms of opening up the platform for marketers.  It’s also a necessary one to get closer to equal footing with the capabilities Facebook offers to professionals.  By allowing external hardware access to stream, Twitter is opening up a new level of quality to their live video platform.

Allowing high-quality live productions is not just tech for the sake of tech.  The ability to produce high quality live video has the potential to be a cash cow for Twitter from an advertising standpoint.  According to a recent study, 68% of marketers say that social networks are the most important partners when running online video ads.

What Do Users Want?

A critical component of Twitter’s investment in live video lies in its user base.  All of this tech and all of this live content only matters if the people using the platform actually want it.

A recent column in The New Yorker takes this approach to task, saying “Twitter is short-form, real-time, and text-based. It’s built for instant alerts and rapid consumption. It is an ideal system for delivering sips of information from an abundant stream. But the live-video effort forces you not only to leave the stream but to set aside time to watch. This is an idea that must have come from a financial guy’s head: We need to boost engagement and make money, so let’s live-stream and keep people longer and sell advertisements. The question is, does any Twitter user want this?”

It’s a valid question, and a very important one.  Does the average Twitter user want to use the platform to consume live video?  In the case of live sports, Twitter often serves as a crucial second screen experience.  It bolsters the live video happening on the TV without needing to serve it up itself.  Whether or not these new partnerships add to this experience or detract from it is to be determined.

There’s no doubt that video needs to be a part of the strategy for Twitter, or any social network.  The question is more around how video is served, and how the audience interacts with that specific platform.

The New Yorker column raises an important point about Twitter’s identity, and where its focus should lie.  Twitter is betting big on long-form video on a platform notoriously known for quick scrolling and short attention spans.

This bet needs to pay off for Twitter.  Despite an encouraging Q1 in which Twitter added 9 million new users, the platform is still lagging far behind Instagram’s recent growth.  While Instagram has found ways to leverage new features to engage new users, Twitter is still struggling a bit to find a fresh hook.

Can a 30-minute studio show hold a Twitter users’ attention?  Can it hold a couple of millions users’ attention?  Will these partnerships be enough of an incentive to boost Twitter’s new users and keep pace with the likes of Instagram?  While the answer to each of these questions seems shaky at best, the long-term prospects of Twitter might depend on success in live video. 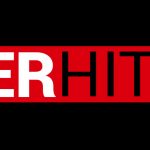 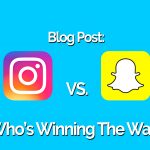