1 Terabyte is Smaller Than Ever

Anyone who has spent a day in the field shooting 4K video knows that you chew up storage space real quick.  The 32GB and 64GB cards that might do just fine for a shoot in 1080 simply don’t cut it when you’re going for a long duration at super-high quality.

That’s why the news from SanDisk that the first ever 1TB SD Card is on its way – in fact, it already exists in prototype form – is so exciting for video producers.

This is an amazing development for people who have been working with storage for a long time.  Even a few years ago, a terabyte of storage was a lot – now, it’s a day’s work shooting in 4K, if you’re lucky.  The whole storage industry has grown by leaps and bounds in the last decade, and the need for small, affordable storage at a ridiculous scale is only growing.

The whole storage industry, physical and cloud, has grown by leaps and bounds in the last decade, and the need for small, affordable storage at a ridiculous scale is only growing.  We had a front row seat for some of the discussions around storage at SNIA’s SDC 2016 last week.  Even at that event, we spent two full days capturing footage and live-streaming video, filling up a handful of 128 GB cards in the process. 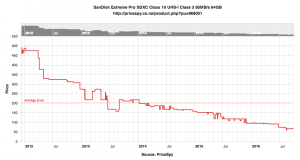 SanDisk is yet to release a price for the 1TB card – the 512 GB card runs for right around $300 – but no matter what it’s original (very high) price point, you can be pretty sure that price will go down sooner than later.

It’s easy to overlook just how fast the shrinking size of massive amounts of storage has happened.  It was only 2010 when SanDisk first shipped a 64GB SD card, at that time the highest capacity SD card ever.  That launched with a purchase price of $350.  SanDisk released the first 64GB microSD card in 2011.  Since then, we’ve seen the needs of smartphones and ultra-HD video dictate larger and larger storage capacity in smaller and smaller packages.

As higher resolutions like 4K video, VR, and 360 video continue to take hold and become the norm, storage solutions like this one are going to do the same.  We’re only going to need more storage as time goes on – and lucky for us, the size it takes to hold that storage is only going to keep shrinking. 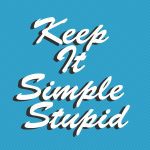 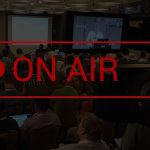 5 Reasons Why You Need to Live Stream Next EventLive Streaming, Video Production