The more things change in social media, the more they stay the same.  At least that’s the case as it relates to Instagram’s newest feature.

Put another way, time is a flat circle.

According to an article on CNBC, Instagram is in the process of testing a feature that’s aimed specifically at current college students.  From the article, we learn that in this new feature “Instagram users are prompted to join a college community and ‘connect with other students.’ Opting in adds a user’s university and graduating year — selected by the user from predetermined options — to their profile and grants access to class-based lists of other students who’ve opted into the community.” 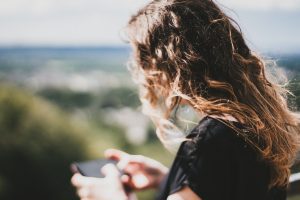 Sound familiar?  If you were a college student when Facebook first launched it should.

Facebook in 2018 may be a giant that touches almost every single person on the planet.  But back in the beginning, it was a hidden little corner of the internet where you went to spend time with other college students.  Specifically, college students at your school, in your class year.  Instagram’s newest feature seems to be looking to that original model as a way to keep the teen audience engaged.

It’s obviously still in beta.  While Facebook originally required users to have a .edu address in order to sign up for the platform, it appears that the opt-in process is a bit more liberal this time around.  “Although the communities are intended for current students, it’s not perfect,” the story says. “The app prompted one CNBC reporter to join a college community for the correct alma mater, but register as an active student despite not being one.”

This addition to the app seems to be another indicator in the overall trend toward a more private social network for Facebook.  It’s another tool in the arsenal along with Messenger, Groups, and Events on the main platform.

Instagram is critically important to its owner right now.  New research shows that teen usage of Facebook is at 51%, down from 71% in 2015.  Meanwhile, Instagram is sitting pretty among the teen crowd, with 72% of teens reporting that they use the photo-sharing platform.

Finding a way to keep teens engaged through one of their properties is obviously key for Facebook.  And with Instagram designated as Facebook’s answer to all things Snapchat, it makes sense that their teen-focused features would launch there.

What Should You Do?

As always, the answer is to continually work to create content more efficiently.  Good, relevant work usually wins out, and when it’s done consistently you have a good chance of getting it in front of your audience.

When you’re ready to take the leap and get to work feeding your marketing machine with fresh content, give us a call!