5 Reasons Why You Need to Live Stream Next Event

Ever since Facebook’s F8 Developers conference back in April, pretty much everyone in the tech and marketing world have been talking about going live. The talk, however, hasn’t necessarily transitioned into actual streaming. Many brands are still apprehensive about  taking the leap and they aren’t quite sure how to really leverage it. That’s why we put together 5 reasons why you need to live stream your next event.

We recently streamed a conference on YouTube for a tech company and they saw great results. Because their content is focused on high level engineering, their target audience is pretty small and their typically receive 100 or so views. However, during the live stream itself, we were seeing roughly 200 views each day. Thats not counting the views it received after it was on demand. We’ll talk about that part later.

We all know attention spans are at an all time low. But for some reason when the red “live” button goes up, people watch. And they keep watching. Facebook has even said, “Users on average spend three times longer watching live videos than on-demand clips. Live videos also receive 10 times more comments.” During that same conference I mentioned in the first bullet, we saw the average user was watching for over 30 minutes! I can’t even remember the last time I watched a full 30 minute TV show while hanging out in my living room let alone something on my laptop or phone.  This isn’t the first time we’ve seen these kinds of numbers. On several occasions we’ve had longer view times on videos that were filmed live than the same video that was simply posted on demand.

As much as I hate to admit, Facebook is here to make money. They have done such a great job of burying content created by brand that many are left with no choice but to pay for eyeballs. That is unless you go live. Because live is still such a new feature, Facebook wants more people and brands using it. Meaning they are rewarding users by putting their live stream higher in the feeds of their friends and followers.

4. It’s going to be on demand anyway

If you have a video crew going to film your keynotes or general sessions, why wouldn’t you go live? Your video production crew will still be capturing the footage that is streamed live and can put it on demand after the event. This one is actually kind of a no brainer.

I know many managers and organizers think that live streaming their event is just another cost, but in reality, it can easily be flipped into a revenue generator by offering a digital ticket for people that might not be able to sneak out of the office or travel to the event’s location. We once live streamed a small event in Maine that used this model and it brought in a ton of dough!

BONUS. The technology is there

The times they are a-changing and the technology that allows for streaming is jumping by leaps and bounds. Yes, there is always a risk of glitchy video due to a  spotty internet connection but we are seeing faster speeds than ever which is allowing for crystal clear HD video to be streamed.

I do have to mention one thing. While there are tons of reasons to stream an event, the content is only as engaging as what you have on site. A team like us can put together a ton of bells and whistles to make the live stream look good, but if the content stinks, no one is going to watch.

If you’re looking to stream your next event, let us know! 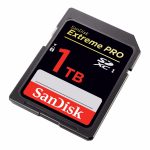 1 Terabyte is Smaller Than EverVideo Production 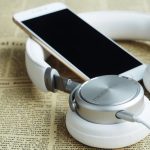