So there is no denying that I am a big fan of Casey Neistat. I’ve mentioned his work in our most recent podcast, and have always enjoyed is storytelling ability. With over a billion views and 6 million subscribers on YouTube, it’s clear to understand why he’s heavily sought after by brands. Neistat has produced plenty of branded content before but the video he published this morning might just be the best example of branded content I’ve seen, ever.

Yes, there are other incredible examples of branded content. Yes, I’ve seen all 9 of Ken Block’s Gymkhana videos. And yes, the video that Price EA put together for HomeAway is awesome. But there is something about this drone video that I love. Phil and I were even talking back and forth over g-chat while watching it in admiration. Here are some of the reasons why it works:

I watched the entire thing

How often have you said that about a video on YouTube? I know I am a video guy at heart, but this keeps my attention the entire time. The build up throughout the video made me want more.

Neistat showed off his marketing ability in this one. He created a vlog the week before teasing the “human drone” clip. He is also using annotations to link to the behind the scenes clip.

Every good branded video has something in common. It barely mentions the sponsor. I know it seems counter intuitive but as they say, less is more.

It cuts through the clutter

We know the stats. More video content is uploaded in 30 days than all three major U.S. T.V.  networks combined have created in 30 years. Sometimes the best way to cut through that amount of clutter, is to go big. I think it’s safe to say that a guy on a snowboard being pulled by a massive drone does that. 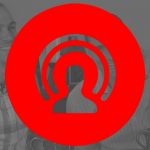 Why Everyone is Going Live on FacebookContent Marketing, Live Streaming 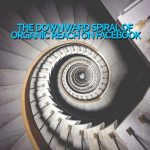