What my 2 year old son has taught me about YouTube

If you’re a parent of a toddler, you’ve been there. You’re out to eat and your little one decides, “I’m done.” They want absolutely nothing to do with being buckled in that wooden chair and they are about three seconds away from having a major meltdown. You try calming them down with everything you can think of, coloring on the kids menu, checkers with the salt and pepper shakers, the matchbox car you brought in your pocket because you knew it was bound to happen. (Yes, reason is apart of the list but after waiting for a table for 30 minutes, throw that the heck out the window.)  Rather than leave the meal that was just brought out, I grab my phone and pop on his favorite thing in the world, YouTube. Specifically, the channel twentytrucks.

With all that in mind, this isn’t a parenting article or a post about how those songs are forever embedded in my mind. Believe it or not, this is a marketing post with all the things I’ve learned from watching my little dude engrossed in YouTube.

When it comes to my son’s favorite channel, twentytrucks, it’s safe to say they didn’t focus on production quality. Just about every video is comprised of stock footage of dump trucks, ambulances, police cars, etc. While he is only two, he could care less what the video looks like. As long as he gets to see those flashing lights, he’s happy as a clam. While you don’t have to create every single video with an iPhone, you can. As long as your audience likes it and it moves the needle for your brand, who cares if it wasn’t shot with a fancy camera.

If you’ve read any of my posts before, you know I think the key to content marketing is repurposing content. No industry does this better, than children’s programming. My wife bought a new Paw Patrol book, Pups Save Christmas, for my son a few weeks ago. I then noticed he was watching a shortened version of the story on YouTube. This then led to us buying the DVD of the exact same story to put under the tree. This is proof that even though it is the exact same story, as long as it’s in different forms, people will consume it if they enjoy it.

I’ve often heard the saying, “Kids grow up with a phone in their hands.” I’m here to tell you, it’s true. My 2 year old can navigate his way from video to video until he finds the perfect clip of tractors on the farm, with ease. I know everyone constantly says to focus on mobile first, but pretty soon that might be the only device.

Anyone can be an influencer

One of the channels that my son likes to watch is Ryan’s ToysReview . It is a channel of a 4 year old boy named Ryan that talks about his favorite toys. Invigorating, isn’t it? Apparently my son isn’t the only one who watches. A recent Forbes article outlined that Ryan and his family made about $11 million in ad revenue this past year. I repeat, $11 million. That is nothing short of insane. Especially given that he started his channel in 2015. While advertising with someone like Ryan might not be cheap, good content can make ANYONE an influencer.

The bottom line is this:

The most important thing to do when creating any piece of content is to keep the audience in mind. What do they like watching? How will you consume it? Will they be blown away with a full production, or is a simple clip better? Like everything in marketing, the more you know about your audience, the better off you’ll be. Especially if it is a 2 year old truck-loving boy that can’t sit still while out to breakfast with the family. 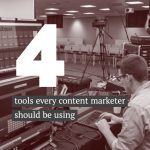 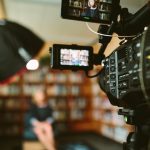